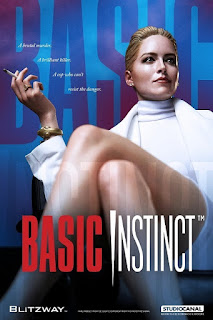 Anaheim, CA – Bluefin, the leading North American distributor of toys, collectibles, and hobby merchandise from Japan and Asia, details an extraordinary new release from BLITZWAY ahead of the 2017 Comic-Con International. Set to be unveiled at the convention will be an incredibly realistic ¼ scale release from BLITZWAY’s Superb Scale Statues line of Sharon Stone as she appeared in Basic Instinct.

The statue is scheduled for release in February 2018 and will be available from authorized Bluefin retailers nationwide and also from select leading online outlets. Pre-orders are available now. MSRP will be $429.99.

Comic-Con International is one of the nation’s largest comic book, science fiction and pop culture events, and will take place July 20th–23rd at the San Diego Convention Center, in San Diego, CA. Complete details on Comic-Con are available at: www.comic-con.org.

Bluefin will be located in Booth #401

Is there anyone who can resist her secret and deadly seduction? Experience Catherine Tramell’s secret and irresistible whisper that is sharper than ice, making what you already know irrelevant and powerless.

"What are you gonna do? Charge me with smoking?" - Catherine Tramell

She is mysterious and audacious, with an irresistibly sensual and glamorous beauty…boasting of sexual attraction and danger. BLITZWAY and Bluefin are pleased to present Sharon Stone from Basic Instinct. This unique and alluring rendering depicts the sexy icon and movie star of American cinema and is sure to be a centerpiece of any ardent fan’s collection.

Stone portrayed Catherine Tramell, the heinous and atrocious femme fatale from the acclaimed 1992 neo-noir crime thriller that was directed by Paul Verhoeven that also starred Michael Douglas. BLITZWAY presents the sultry actress as she appeared in one of the film’s most famous scenes – a tense and memorable police interrogation. Collectors will appreciate Stone’s meticulously sculpted facial expression and crossed legs that complement her body’s expression of dignity, confidence and poise.

BLITZWAY utilized new facial printing technology to achieve an extremely high level of realism. The statue, which nearly 12½-inches tall, is further accented by a screen accurate costume constructed of special fabrics to portray her dress’s unmistakable silhouette and realistic wrinkles along with a period correct chair and other realistic accessories that complete the setting and accent the atmosphere from the film’s notorious interrogation scene.

Based in South Korea, BLITZWAY specializes in highly detailed and intricately sculpted 1/6 and 1/4 scale figures and statues of famous characters from pop culture, comics, and TV and movies.


About Bluefin:
Based in Anaheim, CA, Bluefin built its reputation as a leading distributor of Japanese toys, collectibles, novelty and hobby products. In recent years, Bluefin has grown to include a range of high quality collectible lines from the United States, Hong Kong and Taiwan and established itself as the official North American consumer products and retail development partner for Studio Ghibli. Selling to thousands of specialty, chain and independent stores, Bluefin is an official North American distributor for Bandai Hobby, Bandai Shokugan, and Capcom, and is also an official provider of Bandai Tamashii Nations products, and is also the exclusive and official distributor for Blitzway Studios, Mr. Hobby, SEN-TI-NEL, Storm Collectibles, and X-Plus. Bluefin also represents TruForce Collectibles products worldwide. Additional information is available at: www.bluefincorp.com.