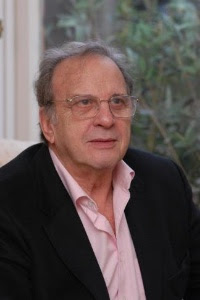 The DreamWorks film will be the first theatrical motion picture to be authorized by The King Estate to utilize the intellectual property of Dr. King to create the definitive portrait of his life. Dr. King copyrighted his speeches, books, and famous works during his lifetime.

“It is so gratifying for all of us at DreamWorks Studios to have a writer as respected and honored as Ronald Harwood to write the screenplay for our Martin Luther King film,” said Mark Sourian and Holly Bario. “His record of achievements makes him particularly suited to portraying this deeply personal story against the background of such a turbulent time.”

One of the world's most critically celebrated contemporary playwrights and screenwriters, the Oscar-winning Harwood brings to this much-anticipated project a career-long fascination with themes surrounding race, conscience and moral choices. Harwood is equally renowned for his revealing recreations of history, as in his Academy Award-winning screenplay for "The Pianist." He also received Oscar nominations for The Dresser

, which lifted the curtain on backstage life in a World War II theatre, and for adapting the non-fiction tale of human transcendence, The Diving Bell and the Butterfly

. A native of South Africa, he has written extensively about apartheid, including the films Mandela, written while the future South African leader was still in prison, and an adaptation of Alan Paton's powerful classic, Cry The Beloved Country

Harwood's diverse screen work, which often has simultaneously brought the past to life and enduring issues of human responsibility to the fore, further includes the Soviet gulag drama One Day in the Life of Ivan Denisovich

; Taking Sides, the screen adaptation of his play about a conductor in Nazi Germany; and the W. Somerset Maugham story of 1930s revenge, Being Julia

. These themes were also at the heart of his 2008 stage revival of "Taking Sides," which was paired with his newest play, "Collaboration," about the conduct of composer Richard Strauss during the Third Reich, in a popular and acclaimed run in London's West End.

Harwood says of his approach to Dr. King's life and impact: "I will not say anything about my approach to this screenplay except to say what I always say: 'I will do my utmost to be true to truth.'"

Martin Luther King, Jr. was born in Atlanta, Georgia in 1929. He became a civil rights activist early in his career as a pastor. He led the Montgomery bus boycott in 1955, and helped found the Southern Christian Leadership Conference in 1957. His pioneering efforts to deliver racial equality through civil disobedience and other non-violent means led to the March on Washington in 1963, at which he delivered his renowned “I Have a Dream” speech. In 1964 he became the youngest person to receive the Nobel Peace Prize for his work to end racial segregation and racial discrimination. He was posthumously awarded the Presidential Medal of Freedom in 1977 and the Congressional Gold Medal in 2004. Dr. King was assassinated in April 1968 in Memphis, Tennessee at the age of 39.

DreamWorks Studios can be found on Twitter at http://twitter.com/dw_studios. [END]
Posted by Leroy Douresseaux at 9:13 PM