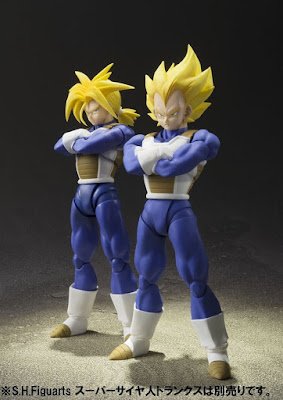 This year, Bluefin is pleased to open the show with a must-see display of Bandai’s Soul of Chogokin Power Rangers Megazord — depicted for the public for the first time ever in combined robot form. This latest release from the impressive Soul of Chogokin line is set for release in Spring 2017 and features combinable, high-end die-cast versions of the iconic Dinozords – Tyrannosaurus, Mastadon, Triceratops, Saber-toothed Tiger and Pteradactyl.

GunPla and modelling fans will be excited for exclusive 1/100 and 1/144 scale Gundam product from Bandai Hobby that include:

The final regional qualifier for the 2016 GunPla Builders World Cup also will be held at NYCC with many amazing custom models on display from talented builders; Takes place October 6th–8th.

Next in the S.H.Figuarts Naruto series (with an all new sculpt and superior articulation) is Sasuke Uchiha represented with his Itachi Battle design. Sasuke comes with interchangeable face parts that are specially made to recreate the final climactic scene with his older brother, Itachi. The set also features interchangeable hand parts and facial expressions, weapon accessories, and chidori effect parts. Also be sure to check out the S.H.Figuarts Itachi Uchiha, sold separately.

The first-ever S.H.Figuarts version of perennial fan favorite Teenage Mutant Ninja Turtles are being released featuring their original colors from the classic animated series! The “cool but rude” Raphael is the 3rd Turtle to join the series and comes complete with his classic weapon, two sais. The sais can be stored on Rafael’s belt which also comes with interchangeable parts. The set includes interchangeable hands and head, sai parts, optional weapons (kunai, shuriken), and additional interchangeable belt parts.


About Bluefin:
Based in Anaheim, CA, Bluefin built its reputation as a leading distributor of Japanese toys, collectibles, novelty and hobby products. In recent years, Bluefin has grown to include a range of high quality collectible lines from the United States, Hong Kong and Taiwan and established itself as the official North American consumer products and retail development partner for Studio Ghibli. Selling to thousands of specialty, chain and independent stores, Bluefin is an official North American distributor for Bandai Hobby and Capcom, is the sole provider of Bandai Tamashii Nations products, and is also the exclusive and official distributor for Beast Kingdom, Mr. Hobby, SEN-TI-NEL and X-Plus. Bluefin also represents TruForce Collectibles products worldwide. Additional information is available at: www.bluefincorp.com.