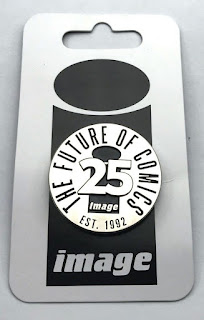 Creator-owned panels, con exclusive variants, and signings for the #FutureOfComics

Image Comics is pleased to return to Seattle this year for Emerald City Comic Con on Thursday, March 2nd through Sunday, March 5th 2017. Please note: updates to the schedule may appear online during the show. Please refer to the www.imagecomics.com post for the most up-to-date information.

LIMITED* CONVENTION EXCLUSIVE VARIANTS SOLD AT THE IMAGE BOOTH (#1510):
* Quantities will be limited by customer and per day on a first come, first served basis. Please ask at the Image booth about availability.

Image Comics Announcements
Thursday, 4:15PM – 6:15PM
Image Comics is bringing the Future of Comics to Emerald City Comicon in 2017 with this special two-hour presentation. Featuring a keynote speech by publisher Eric Stephenson about the past, present, and future of comics and a full slate of brand-new series to be announced, this panel is sure to set the tone for the year and give you plenty of great comics to look forward to reading.

Image Comics: 25th Anniversary Founders Panel
Friday, 1PM- 2:30PM
Twenty-five years ago, a group of comics artists looked at the difference between what they were capable of and what they were being given, and left the promise of steady work for new pastures. The result was Image Comics, which has grown from an upstart group to a comics publisher that has changed the course of the industry. Image's 25th anniversary year begins with this special event, a rare gathering that is not to be missed.

The Future Of Comics: Cultivating Identity
Friday, 4PM – 5PM
The comics you love the most tend to have a personal touch, something that helps you relate to the characters, or makes a fantastic situation more believable. Corinna Bechko (INVISIBLE REPUBLIC), Ray Fawkes (UNDERWINTER: SYMPHONY), Gabriel Hardman (THE BELFRY), and a few more special guests make works that use the personal touch to great effect, and they're ready to share their insights with you.

The Future of Comics: Your Brand-New Favorites
Saturday, 12:15PM – 1:15PM
Your favorite comics don't look anything like those of your parents, siblings, or even your friends. There is such a wide variety of material out there that you can grab a comic on nearly any subject and find something to fall in love with. The work of Charles Soule (CURSE WORDS), Kurtis Wiebe (RAT QUEENS), Daniel Warren Johnson (EXTREMITY), and Joe Harris & Megan Hutchison (ROCKSTARS) is fantastic, no matter the genre they're working in. Come find your new favorite comics at this panel, and discover a few new favorite creators, too.

The Future of Comics: Pure Storytelling
Sunday, 1:15PM – 2:15PM
Curious about making comics? Want to give your storytelling talents a boost? Image Comics is pleased to present Kaare Andrews (RENATO JONES: THE ONE%), Jeff Lemire (ROYAL CITY), Emi Lenox (PLUTONA), Steve Lieber (THE FIX), and a few special guests. These cartoonists are incredibly talented, and experts in storytelling. Come pick the brains of the masters and enjoy a lively conversation about telling stories in comics.

SIGNINGS* HOSTED AT IMAGE COMICS BOOTH (#1510):
*wristbands will be available for fans to pick up as soon as doors open, first come, first served, at the Image booth on the day of the desired ticketed signing.

3:00–4:30 PM: Image Comics Founders Signing in the Grand Ballroom at the Sheraton Hotel located next door to the Washington State Convention Center.* (ECCC will coordinate a ‘lottery system’ where badge-holding fans will submit their names and a lucky 300 fans will win a limited edition poster and admission to have it signed by the founders. Lottery applications are open on the Emerald City Comicon website until February 21. Details here).

Posted by Leroy Douresseaux at 6:54 AM