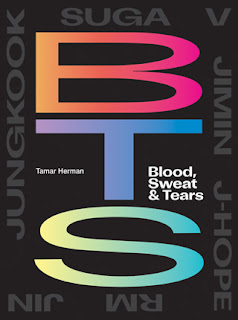 BTS (also known as the Bangtan Boys) is a seven-member, South Korean boy band.  The group was first put together, beginning in 2010, by “Big Hit Entertainment,” a South Korean entertainment company.  The members of BTS are RM – leader and rapper; Jin – vocalist; Suga – rapper; J-Hope – rapper; Jimin – vocalist; V – vocalist, and Jungkook – vocalist.  The members write and produce much of their recorded musical output, and while BTS was initially a hip hop group, the members have embraced a wide range of musical genres.

BTS's debut musical recording was the “single album,” 2 Cool 4 Skool.  A June 2013 release, it contained seven singles and two “hidden tracks.”  August 2014 saw the release of the group's debut, Korean-language studio album, Dark & Wild.  December 2014 saw the release of their debut, Japanese-language studio album, Wake Up.  In December 2015, BTS's 2015 album, The Most Beautiful Moment in Life, Pt. 2, became the group's first album to make the “Billboard 200” United States' album sales chart.  On May 27, 2018, BTS's third studio album, Love Yourself: Tear, debuted at the number one position on the Billboard 200 chart.  It was the first time a Korean album had topped the U.S. album sales chart, as well as being the highest charting album by an Asian musical recording act.

And there is something... almost... magical about them.  BTS's music videos are visually striking with dazzling effects, imaginative production design, and alluring colors  Their songs embrace familiar hip-hop and electronic popular music (“electropop”) sub-genres.  They also sing R&B-inspired ballads, which should be familiar to fans of Backstreet Boys and NSYNC.  BTS's music also sounds like something different and new – sounds from a future that is leaving behind the funky phantoms of pop anthems past.  And a seven-member boy-band slash vocal group is just hard to ignore.

Well, BTS has a story to be told, and the New York City-based journalist, Tamar Herman, is telling it in the new hardcover, illustrated book, BTS: Blood Sweat & Tears.  Part music-bio and part analysis, this new book is a thorough exploration of BTS's approach to music in the age of globalization, as this super boy band has brought Korean music to the world.  Focusing on the members, the music, and the fans, Tamar Herman brings forth the extraordinary story of these young K-pop idols:  Jin, Suga, J-Hope, RM, V, Jimin and Jungkook to life as they transcend the limitations of language, geography, and genre in a way not seen since, perhaps, The Beatles.

THE LOWDOWN:  Author Tamar Herman starts her book, BTS: Blood Sweat & Tears, with an informative “Intro” and  first chapter, “BTS Meets the World.”  In Chapter 1 is a crucial subsection, entitled “What is K-Pop?”  Herman uses this essay to inform the readers about the basics of “K-pop,” including that it is more of a brand than a genre of music.

As such, Herman explains how BTS has used songwriting to distinguish itself within the brand.  Two members of the group were already writing songs before joining BTS.  With other members writing songs plus a dedicated team of songwriters, the group has been able to evolve its songs and sound.  Through their own songwriting, BTS produces music and performances that rally against societal norms, express poetic ideas of romance, and praise self-acceptance in the face of adversity.  Being involved in the songwriting also allows BTS to stand out both within K-pop and within the larger, crowded, global music scene.

Overall, this book has over 80 photographic images, most of them color and many of them oversize.  Herman goes into exacting detail about BTS's collaborators, and she breaks down the group's albums, song-by-song.  Herman puts such effort into talking about BTS's music that this book, BTS: Blood Sweat & Tears, is as much a reference book as it is an overview of the band's public life to date.

It is through Tamar Herman's analysis of the who, what, when, and how, as well as the analysis of the music that BTS: Blood Sweat & Tears stands out as a serious book about a group that is serious about its music, it performances, and its public face.  BTS: Blood Sweat & Tears is a thorough exploration of an extraordinary musical act and is certainly not some thrown-together paperback looking to make a quick buck off BTS's fame.

I READS YOU RECOMMENDS:  Fans of BTS who are looking for a book that will take them inside BTS and its music will want BTS: Blood Sweat & Tears.


Posted by Leroy Douresseaux at 6:01 PM