Inagaki and Boichi will join over 40,000 fans, guests, and publishers from across the U.S. and Japan at Anime NYC,  November 15-17,2019 inside the Javits Center in Midtown Manhattan.

Dr. STONE is an ongoing manga series spanning over 10 volumes and 100 chapters in Japan. In the series, all of humanity is turned to stone. Many millennia after that cataclysmic event, high school student Taiju frees himself from the petrification and finds himself surrounded by statues. The situation looks grim—until he runs into his science-loving friend Senku! Together they plan to restart civilization with the power of science! Dr. STONE is published in the popular Weekly Shonen Jump magazine in Japan, with VIZ Media releasing the book in the U.S. A hotly-anticipated anime adaption featuring the voices of Yusuke Kobayashi, Makoto Furukawa, and Kana Ichinose debuted on July 5 and is available in the U.S. now on Crunchyroll.

Dr. STONE writer Riichiro Inagaki is also the author of the sports drama Eyeshield 21, and Dr. STONE artist Boichi is the prolific Korean illustrator behind Sun-Ken Rock. Both will participate in panels, autograph signings, and special events at Anime NYC to celebrate Dr. STONE’s success. More details about their schedules will be revealed this fall.

“We’re deeply excited to welcome Mr. Inagaki and Boichi to Anime NYC,” said Anime NYC Show Director Peter Tatara. “Dr. STONE has taken the world by storm, and we’re privileged to welcome the creators of one of the year’s biggest manga to the biggest city in America!”

Anime NYC will continue to announce more guests from both America and Japan throughout the summer and fall, and attendees can look forward to the latest from sponsors, partners, and publishers including Crunchyroll, Animate, Aniplex of America, BANDAI NAMCO Arts, Funimation, GKIDS, HIDIVE, Kodansha Comics, Sentai Filmworks, Tokyo Otaku Mode, Vertical, Inc, VIZ Media, and Yen Press. Fans wanting to learn the latest can follow Anime NYC on Facebook and Twitter. Tickets to this year’s Anime NYC are available now. 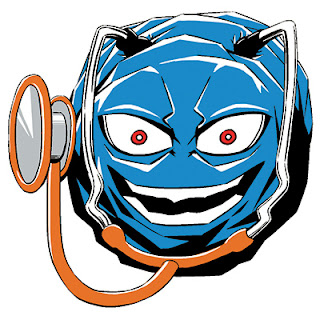 ABOUT RIICHIRO INAGAKI:
Riichiro Inagaki is a Japanese manga writer from Tokyo. He is the writer for the sports manga series Eyeshield 21, which was serialized in Weekly Shonen Jump and is published in English by VIZ Media. His current series, Dr. STONE, won the Shogakukan Manga Award for shonen manga and has been adapted into an anime. 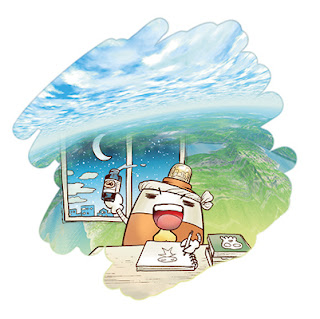 ABOUT BOICHI:
Boichi is a Korean-born artist currently living and working in Japan. His previous works include Origin, Sun-Ken Rock, and Terra Formars Asimov. His art can be seen in the popular Shonen Jump manga series Dr. STONE.

ABOUT VIZ MEDIA:
Established in 1986, VIZ Media is the premier company in the fields of publishing, animation distribution, and global entertainment licensing. Along with its popular SHONEN JUMP brand and blockbuster properties like NARUTO, DRAGON BALL, SAILOR MOON, and POKÉMON, VIZ Media offers an extensive library of titles and original content in a wide variety of book and video formats, as well as through official licensed merchandise. Owned by three of Japan's largest publishing and entertainment companies, Shogakukan Inc., Shueisha Inc., and Shogakukan-Shueisha Productions, Co., Ltd., VIZ Media is dedicated to bringing the best titles for English-speaking audiences worldwide.

ABOUT ANIME NYC POWERED BY CRUNCHYROLL:
Anime NYC powered by Crunchyroll is New York City’s anime convention! A showcase of the best of Japanese pop culture in the biggest city in America, Anime NYC brings anime fans and publishers together for three days of unique exhibits, exclusive screenings, extensive panels, and appearances by some of the biggest creators in Japan. This year’s event takes place November 15-17 in New York’s Javits Center, and we invite you to join over 40,000 fans for a celebration of Japanese animation, manga, cosplay, movies, food, fashion, travel, technology, toys, and games in the heart of NYC! For more, visit animenyc.com.

Posted by Leroy Douresseaux at 5:44 PM