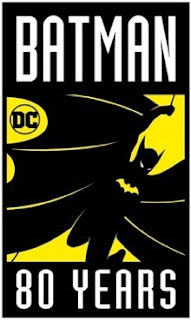 The monumental 1,000th issue of DETECTIVE COMICS, the title from which the DC brand itself was born, celebrates Batman through a series of seven-to-nine-page standalone short stories. A special highlight of the issue is an original story revealing a never-before-seen iteration of the Arkham Knight, written by New York Times best-selling author Peter J. Tomasi (BATMAN AND ROBIN, DETECTIVE COMICS, BATMAN: ARKHAM KNIGHT) with stunning artwork by Doug Mahnke (BATMAN: THE MAN WHO LAUGHS, BLACKEST NIGHT).

“DETECTIVE COMICS #1000 is a remarkable milestone in Batman’s publishing history and he’s had a seismic cultural impact on fans for eight decades,” said DC publisher Dan DiDio. “As one of DC’s most groundbreaking Super Heroes, Batman has inspired every writer and artist who contributed to this book, and we can’t wait for fans to connect with these new stories that celebrate the entire Bat-universe.”

This weekend, fans across the globe can celebrate Batman’s 80th birthday on Saturday, March 30 with the following festivities:


About DC
Home to iconic brands DC (Superman, Batman, Green Lantern, Wonder Woman, The Flash, etc.), DC Vertigo (Sandman, Fables, etc.) and MAD, DC is the creative unit charged with strategically integrating across Warner Bros. and WarnerMedia. Publishing thousands of comic books, graphic novels and magazines each year, DC is one of the largest English-language publishers of comics in the world.

Posted by Leroy Douresseaux at 10:53 PM