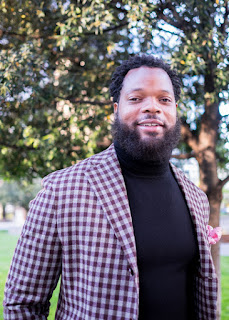 Michael Bennett Takes a Historic ‘Stand’ for His African Roots

WASHINGTON--(BUSINESS WIRE)--From taking a knee, to community movements, people of color in America are finding ways to speak out and stand-up. Seattle Seahawks’ Pro Bowl defensive lineman Michael Bennett has turned to his African roots to better understand who he is by knowing where he’s from in Africa.

Thanks @mosesbread72 for taking a stand for your roots with us. #Senegal #SierraLeone #BikoIsland #DoYouKnow?

“There’s an undercurrent of change on the rise in the Black community about a variety of things such as social injustice, blatant racism and cultural identity. It feels like a present-day version of the Black Power Movement,” said Dr. Gina Paige, president and co-founder of African Ancestry. “Bennett’s ancestral reveal is one of the most monumental we’ve done because of this time in our history and what he represents,” added Paige.

Known for his outspoken activism on and off the field, Bennett has long since supported connections to Africa, including his STEAM program with iamthecode.org for girls in Africa and the U.S.

“Thanks for changing my life,” signed Bennett on a special Seahawks jersey to Paige.

Posted by Leroy Douresseaux at 5:52 PM