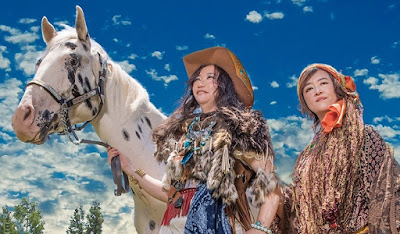 Akira Himekawa is the collaboration of two women, A. Honda and S. Nagano. This year, the pair will make their first East Coast professional appearance at New York Comic Con. VIZ Media is the official North American publisher of the bestselling series that is based on the classic Nintendo® role playing, puzzle-solving, action video game.

Signing session attendees will each receive an exclusive shikishi art board from VIZ Media for Akira Himekawa to autograph. Official signings are ticketed before the event. Please visit the NYCC Pre-Show Lotteries page for more information, at http://www.newyorkcomiccon.com/Content/Pre-Show-Lotteries/.

Join VIZ Media in welcoming Akira Himekawa at their first off-site appearance in New York! The event is limited to the first 100 people to purchase any THE LEGEND OF ZELDA manga from the Barnes & Noble Tribeca store that day; a wristband for the autograph session will be given upon purchase to guarantee entry to the signing. Signing session attendees may choose to have either their purchased manga or the exclusive VIZ Media-supplied shikishi art board signed.

Be among the first 100 people to purchase any THE LEGEND OF ZELDA manga from the Kinokuniya store that day and receive a wristband for the autograph session! Signing session attendees may choose to have either their purchased manga or the exclusive VIZ Media-supplied shikishi board signed.

An encore appearance by THE LEGEND OF ZELDA manga creators! Event details will be announced shortly by the Nintendo World Store.

VIZ Media will offer a variety of manga selections for purchase throughout New York Comic Con including:

All THE LEGEND OF ZELDA manga purchases from the VIZ Media booth will include a TWILIGHT PRINCESS poster as a special FREE gift with purchase.

For more information on THE LEGEND OF ZELDA or other anime and manga titles available from VIZ Media, please visit VIZ.com.

Posted by Leroy Douresseaux at 7:35 PM